Martin Luther was born in Eisleben on 10 November 1483 to Hans and Margarete Luder. Luder, I hear you ask? That’s right – Martin did not start his life with the surname Luther.

“Luder” was an insult in German 500 years ago and still is to this day. That is why the Reformer changed his surname at the age of 35. The original family name Luder became Luther. Over time, the Luder family is supposed to have borne a total of seven different versions of their name: Lüder, Luder, Loder, Ludher, Lotter, Lutter and Lauther.

One day after his birth, he was christened Martin in the Church of St. Peter and St. Paul. When Martin was one year old, the family moved from Eisleben to Mansfeld, a few kilometres away, where Luther’s father worked in mining and smelting. Martin Luther went to school first in Eisleben, and later in Magdeburg and Eisenach. In 1501, Luther began to study law at the University of Erfurt. The student was caught in a severe storm whilst travelling, leading to him vowing to become a monk because he was in fear of his life. Two weeks later, he joined the mendicant order of Augustinian hermits at Erfurt Monastery. Luther was ordained as a priest in 1507 and started a degree in theology in Erfurt in the same year. 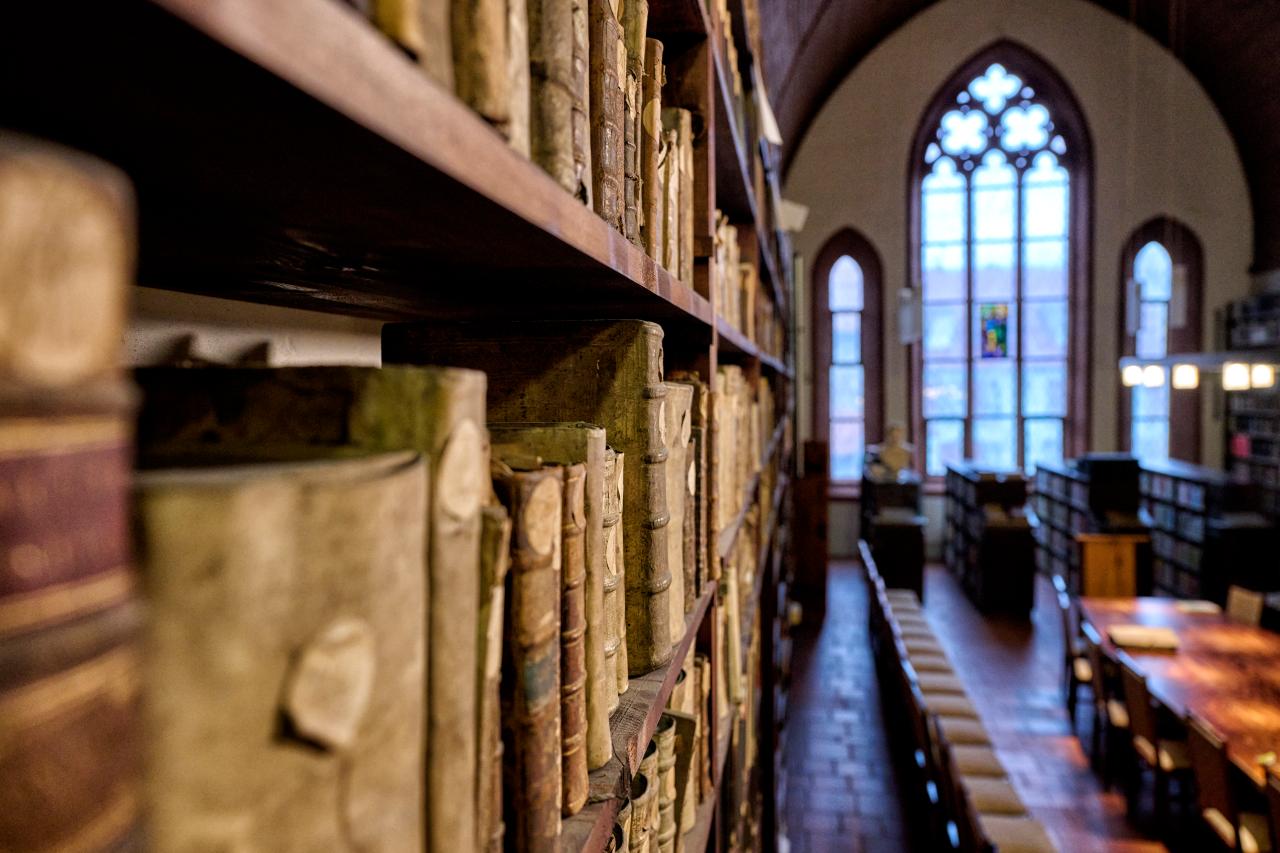 Valuable books can be found in the monastery library of the Protestant Augustinian Monastery in Erfurt ©Florian Trykowski, Thüringer Tourismus GmbH

In 1512, now a Doctor of Theology, he received a professorship in Bible studies at the University of Wittenberg, and two years later he was appointed as the priest at the city church. On 31 October 1517, he published his 95 Theses against the sale of indulgences, which was common practice at the time. Legend has it that he nailed his theses to the gate of Wittenberg Castle Church. Thereupon, the Roman Catholic Church mounted an investigation against him for heresy. However, Luther did not recant his writings and expressed doubts about the infallibility of the Pope during a debate at the University of Leipzig. The Pope issued the papal bull against Luther in 1520, which the Wittenberg professor burned. Excommunication followed in January 1521.

When, in the same year, Luther also refused to recant his writings to Emperor Charles V. at the Diet of Worms, the Emperor imposed the imperial ban on Martin Luther with the Edict of Worms. The Elector of Saxony, Frederick the Wise, had Luther kidnapped and taken to Wartburg Castle for his own safety, where he went into hiding under the name of Junker Jörg for ten months and translated the Bible into German. In March 1522, Luther returned to Wittenberg, where, in 1525, he married the former nun Katharina von Bora in 1525, with whom he had six children. On 18 February 1546, Martin Luther died at the age of 62, during a visit to Eisleben. Three days later, he was buried in Wittenberg Castle Church.