Only the foundations of the first school Luther attended remain. However, every year on the first Saturday after Easter his first day at school is re-enacted and celebrated.

One of the most important landmarks for anyone who visits Mansfeld (either for its culture or just as a weekend getaway) is the former home of Luther’s parents, Hans and Margarethe Luder. The exhibition, ‘I am a child of Mansfeld’, details the family’s daily life, Luther’s experience at school and his childhood in general. The exhibition displays significant archaeological artefacts such as the marbles Luther once played with. 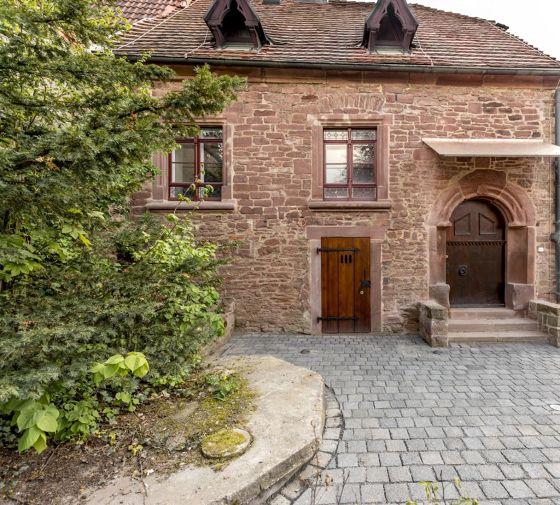 Luther’s parents’ house was extensively renovated in 2014 and a modern museum building was added. Archaeological excavations took place during the renovation. Hundreds of the objects found – like a cooking pot and a spigot – can now be viewed as part of the exhibition.

Only the foundations remain of what was once the first school Luther attended. Nevertheless, every year on the first Saturday after Easter, his enrolment is re-enacted and celebrated at the site. Today, Luther’s Well (Lutherbrunnen), which was constructed in 1913, commemorates the Reformer. Another visitor attraction is the Luther portrait dating from 1540, in St. George’s Church. It depicts Martin Luther in full regalia and is his only full-body portrait. 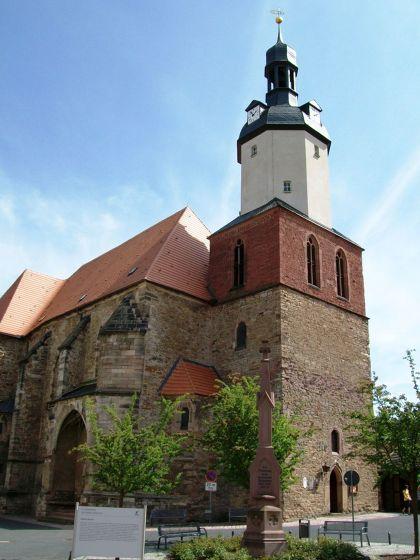 Mansfeld Castle on top of the Burgberg near Mansfeld is open to visitors. On arrival at Mansfeld Castle, you feel surrounded by former greatness and history. The castle grounds which have been preserved as well as such marvellous castle buildings as the count’s Abbey Church are impressive. Three castles were erected at the same time during the Reformation; they prompted Lucas Cranach the Younger to use them as the background for the apostle Paul’s conversion to Christianity. The conversion of Saul to Paul established Christianity as a world religion. In Mansfeld Castle, Christian traditions are juxtaposed in various different ways with the ups and downs of power and pomp. The café “Wächterstube” invites visitors to linger. It is home to a brief but significant exhibition about the history of the fortress and the castle. A trip to the mine is an absolute must. Two things become apparent: Why Mansfeld was formerly named Mansfeld Valley and why the inhabitants advertise their town as the “Gateway to the Harz”.