Luther was born and died in Eisleben. Martin Luther was born here on 10 November 1483 as the first of nine children to his parents Hans and Margarete Luder. The world-renowned Reformer also died here in 1546.

At that time, Eisleben was the most important town in the county of Mansfeld, which had become prosperous and reputable due to the mining and smelting of copper shale. Luther’s father also earned his livelihood as a miner in Eisleben. A day after his birth, Luther was baptised “Martin” in the Church of St. Peter and Paul, not far from the home of his parents. Today, the church is a destination for thousands of tourists who visit Luther’s baptismal font, of which a reconstruction remains. 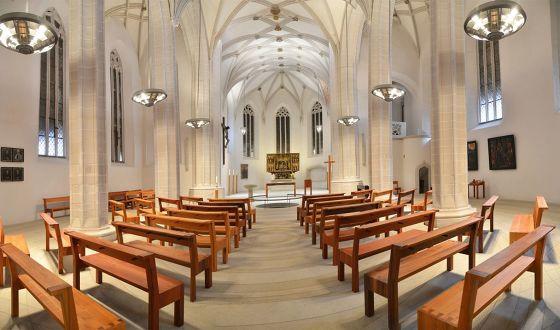 When Martin Luther was just one year old, the family moved to Mansfeld just a few kilometres away, where his father worked in the mining and metallurgy industry. We are also reminded of the Reformer in St. Andrew’s Church in the market square of Eisleben. It is here that Luther held his last four sermons and where he was laid out after his death. Luther died on 18 February 1546 while visiting Eisleben to settle a dispute between the counts of Mansfeld.

The exhibition “I come from here – Martin Luther and Eisleben” in Luther’s Birthplace recounts Luther’s origins and depicts life in the Middle Ages. The Luther family home has been recreated with historical furniture.

Martin Luther was baptised in the Gothic church of St. Peter and Paul on 11 November 1483. Today, the “Baptism Centre” offers themed tours, prayer meetings and school projects relating to the sacrament of baptism.
In the house where Luther died, the exhibition “Luther’s final journey” recounts the Reformer’s last trip to Eisleben and his final days there.
A monument to Luther in Eisleben’s market square commemorates the town’s most famous son. 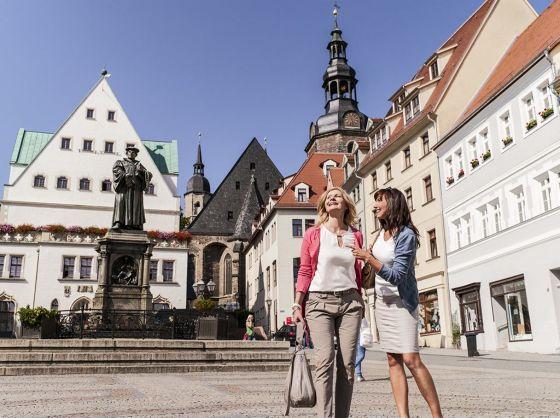 The Cistercian convent of St. Mary’s of Helfta, one of the great centres of spiritual life in the Middle Ages, is also in Eisleben. Personalities such as Gertrude the Great, Mechthild of Magdeburg and Mechthild of Hackeborn symbolise the radiance and influence of the convent on 13th century mysticism and literature.