In 1693 – two hundred years after Luther stepped through the doors of the grammar school in Eisenach, it was the eight-year-old Johann Sebastian Bach who made his mark in the knowledge-steeped halls.

This was just the beginning of a lifetime of crossing Luther’s footsteps for Bach. Bach was confronted with Luther even before he started school – as the Bach family were adherents of the Protestant faith, they read the Bible, sang, prayed, learned and made music in the spirit of Martin Luther. But this only laid the foundations for Bach’s connection with Luther, who had lived 200 years before him. The fact that both of them spent a huge part of their lives in Eisenach and that both were active at St. George’s Church really only played a small role in this. 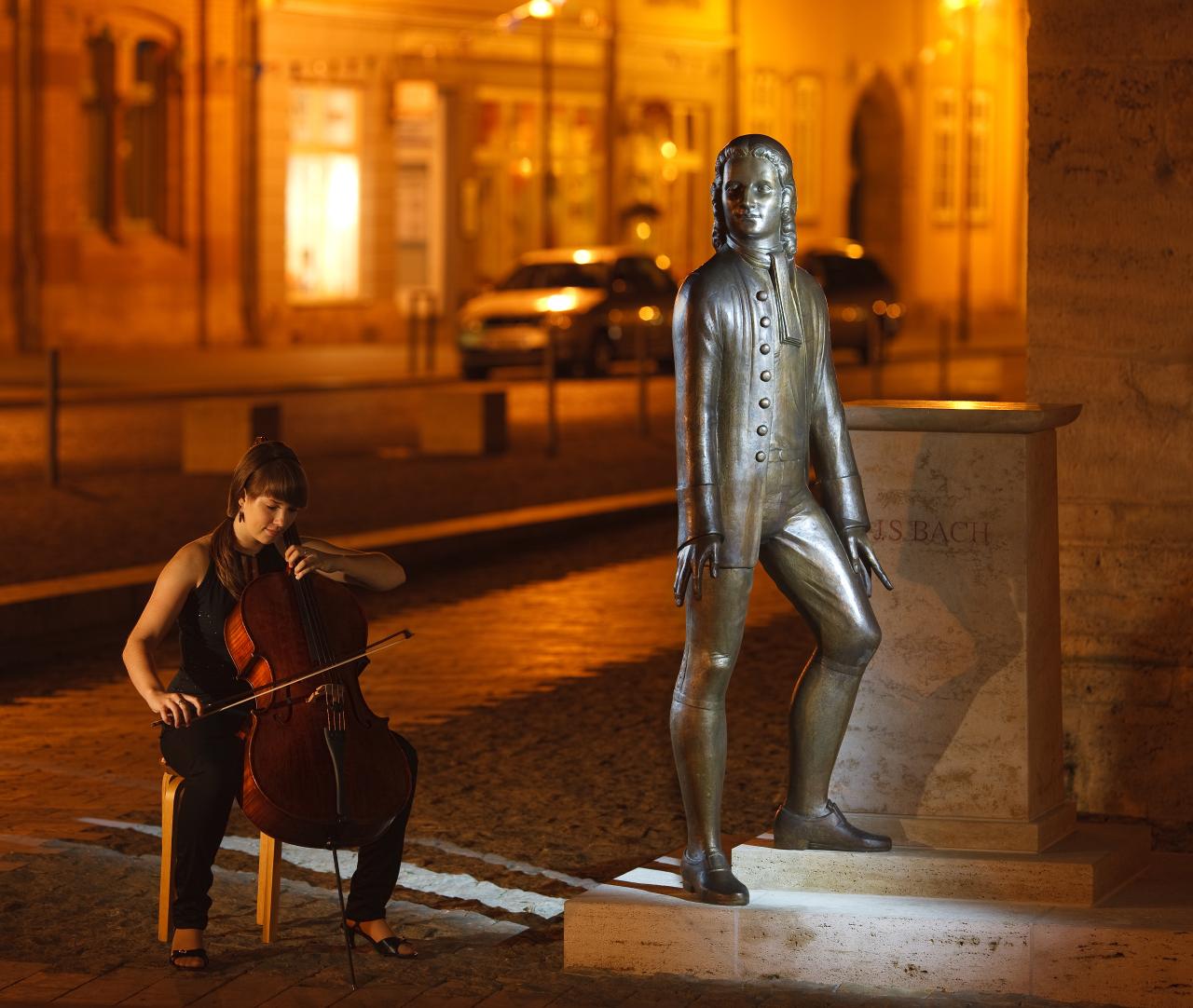 Mühlhausen: the Bach monument in front of the Divi Blasii church at night. Next to the monument a young woman playing a cello. ©Tino Sieland, Wirtschaftsbetriebe Mühlhausen GmbH, Managing Director Martin Fromm

Martin Luther considered music to be a “mistress and governess of the feelings of the human heart”. With the phrase “singing and speaking”, Luther was the first person in the history of the Church to put music on the same level as theology. Music was Bach’s life – the famous organist and composer is known for it internationally. He considered music to be a means of praising God and a way of proclaiming His Word. Bach signed off all his compositions with the words SOLI DEO GLORIA (Glory to God alone). He was a passionate Lutheran, whose worship and convictions inspired some of the best sacred choral music in the world. Funnily enough, this precisely corresponds to Luther’s dreams for the Church, as he himself had introduced the idea that worship should essentially be musical. Therefore, Bach’s association with Luther does not come from nowhere.

With Luther as the most famous translator of the Bible and the composer of numerous hymns and Bach as his most famous interpreter, we might easily assume that these two men from Central Germany would have been best mates – if it weren’t for that insignificant 200-year age difference!

All those Luther and Bach fans out there must not miss out on a visit to Eisenach, the place where these men who made history lived and worked – it is the perfect place for deepening the connections between theology and music.