In the house where Luther died, the exhibition “Luther’s final journey” recounts the Reformer’s last trip to Eisleben and his final days there.

Martin Luther's last journey took him from Halle back to his birthplace in January 1546 to settle disputes between the counts of Mansfeld. Already marked by illness and exhaustion, Luther said a few days before his death: "I was born and baptized all here in Eisleben; how if it were God's will that I should die here too!" Luther preached his last sermon in St. Andrew's Church in the city center on February 15. The pulpit from which he preached still stands in the church today. 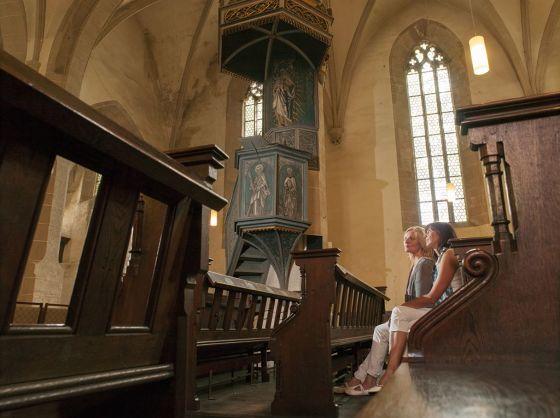 In the night of February 18, 1546, the 62-year-old Luther died. The house where Luther died is located opposite St. Andrew's Church on the market square. The house of death is also a museum and is dedicated to the last three weeks of Martin Luther's life. 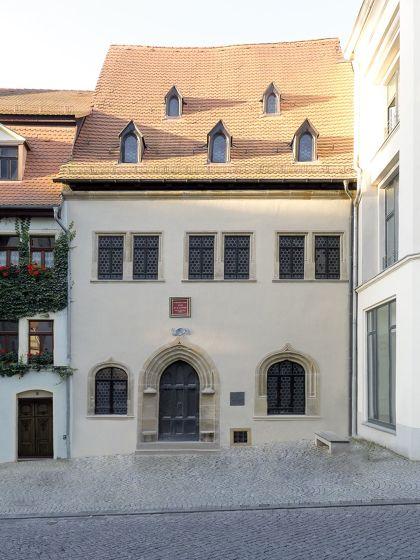 In addition to the death reports, the original pall of Luther's coffin and his death mask are among the most important exhibits. Since 1996, the house where Luther died and the house where he was born have been UNESCO World Heritage Sites. In Eisleben's historic city center, a Luther monument has stood on the market square since 1883 in memory of the city's most famous son, which bears the epithet Lutherstadt. 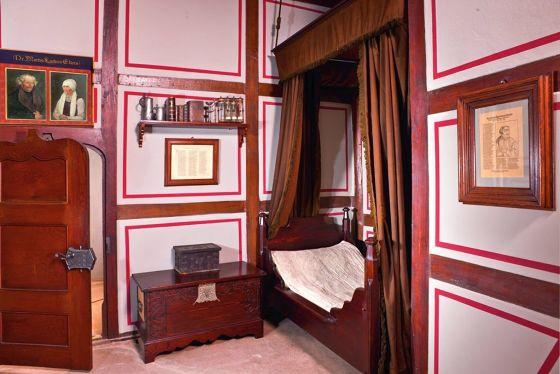 View into the bedroom in Luther's death house ©Kunstmann, LutherMuseen

"I was Dr. Luther's companion in the last weeks of his life. We were in Eisleben because Luther was to arbitrate disputes between the Counts of Mansfeld. He was tired, unenthusiastic, constantly cold. Luther suspected that his life was coming to an end. Nevertheless, he led the arbitration talks with great skill and preached to the Eislebians in St. Andrew's Church. When the counts got along, he wanted to lie down in a coffin and give the maggots a good doctor to eat, he said at that time. About one o'clock in the night of February 18, 1546, Luther sent for me to come to his bedside. He was very ill and prayed the words 'Take me blessedly to Thee'. Doctors came in and rubbed his body with strong brandy to get his circulation going - but in vain. In the morning hours Luther passed away quietly and patiently. He had no fear of death. The painter Lucas Furttenagel drew his face and removed his death mask. Afterwards, we had Luther laid out in St. Andrew's Church and the bells rung so that the citizens of Eisleben could bid him farewell. We sent messengers to Halle, Leipzig, Torgau and Wittenberg with the news of his death. From Eisleben we took Luther's coffin to St. Mary's Church in Halle, on to Bitterfeld, Kemberg, and finally to Wittenberg. There he was buried in the castle church on February 22."