"I come from here"

Luther's birthplace is considered one of the oldest museums in the German-speaking world. With over 200 exhibits, the exhibition tells of Luther's origins and the piety of the Middle Ages.

"By the way, I was born in Eisleben and baptized in St. Peter's there. (...) no other town knows me better than this one," Luther wrote in a letter in 1520. The reformer had a very close relationship with Eisleben throughout his life. On November 10, 1483, Luther saw the light of day in the town, which was then dominated by mining and metallurgy. 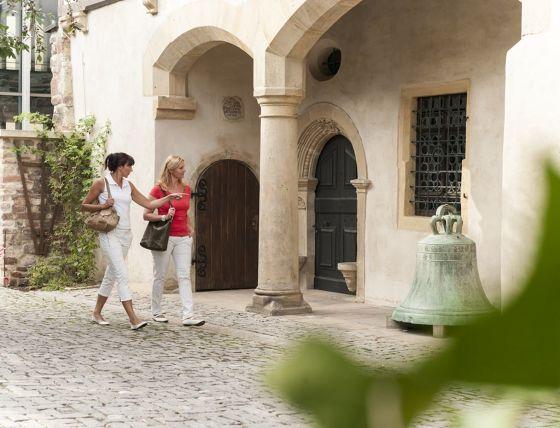 His birthplace is considered one of the oldest museums in the German-speaking world. The exhibition in Luther’s Birthplace traces the Luther family. Around 250 exhibits tell of the origins of the Reformer, the mining activity of his father, the piety and spirituality of the Middle Ages and of Luther’s baptism. The museum also recreates Luther's family home. Furniture made with medieval tools according to old models can be seen. In the "Beautiful Hall" of the memorial stands a silver-plated swan as a symbol of the great reformer. A special piece of the exhibition is also the baptismal font from 1518. One day after his birth, he was baptized in the St. Petri-Pauli church, a few meters away from his birthplace. The "Luther baptismal font" from that time is preserved as a reconstruction in the chancel and reminds us of the important event for Martin Luther.

Today, the Gothic hall church is the "Center Baptism Eisleben". Visitors can inquire here about the significance of baptism in our day and reflect on its meaning. 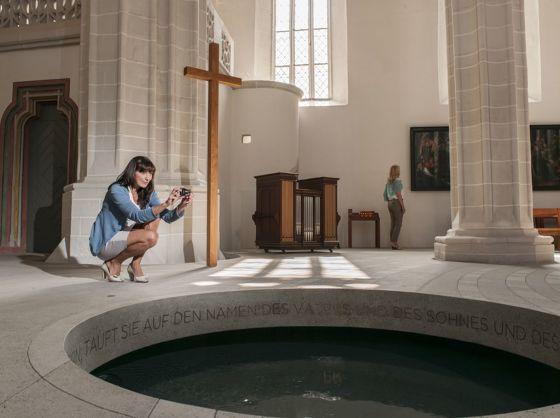 "My husband Hans and I lived in Möhra, Thuringia, as farmers and came to Eisleben because Hans wanted to earn money here in mining. We lived at that time in a half-timbered house in the Petriviertel. Here, on November 10, 1483, one hour before midnight, I gave birth to our first of nine children, a son. The very next day we carried the newborn the few steps to St. Peter's Church to have the boy baptized. We named him Martin, named after Martin of Tours, the saint of the day on November 11. When Martin was a good year old, we moved from Eisleben to nearby Mansfeld."