George III. introduced the Reformation here in 1534 and in doing so officially acknowledged the Lutheran doctrine.

Dessau, the town on the River Elbe, is closely linked to the history of the Reformation and Martin Luther. Hundreds of his writings and important manuscripts are stored in an archive here. In 1534, George III introduced the Reformation in the last of the principalities in Saxony-Anhalt, and thus officially acknowledged the Lutheran doctrine. Up until then, the Catholic widow and regent princess, Margarethe of Münsterberg, had resisted the reform movement with all her might. She founded the "League of Dessau" (Dessauer Bund) in 1525, an alliance of Catholic rulers who campaigned against the proliferation of Luther’s doctrine. As a preacher, Martin Luther paid frequent visits to St. Mary’s Church in Dessau.

In 1545, Luther ordained George III of Anhalt-Dessau as Bishop of Merseburg. This made him the only German prince to serve as an official member of the Lutheran clergy Luther held George III in high regard and once said of him: "Prince George is more devout than I. Any heaven that bars its gates to him is not likely to let me in either." After Luther's death, George III acquired hundreds of Luther’s letters as well as the manuscript of his translation of the Old Testament. These papers are still stored in the Fürst-Georg-Bibliothek (Prince George Library), a treasure trove of Reformation documents.

The city of Dessau is a nature lover’s paradise. Even Johann Wolfgang von Goethe was moved by his visit to the city in 1778, saying: “As we wandered among the lakes, canals, and forests yesterday evening, I was deeply moved by the way in which the gods had allowed the Prince to create all around him a dream.” It’s also the hometown of one of LutherCountry's most recent "musical geniuses”: Kurt Weill. Born to a Jewish family in Dessau in 1900, Weill immigrated to the United States in 1935 and became a renowned Broadway composer. The Kurt Weill Center at the Feininger House offers a fascinating look into the life and works of the man who made such a major impact on American musical theater.

Early original prints by Lucas Cranach the Elder and Albrecht Dürer will be on display in the Anhalt Picture Gallery at Georgium Palace. With the completion of construction work at Georgium Palace, the home of the gallery, one of the most important sights in the UNESCO World Heritage Garden Kingdom of Dessau-Wörlitz will finally be accessible again. The Anhaltische Gemäldegalerie Dessau is thus about to reopen. 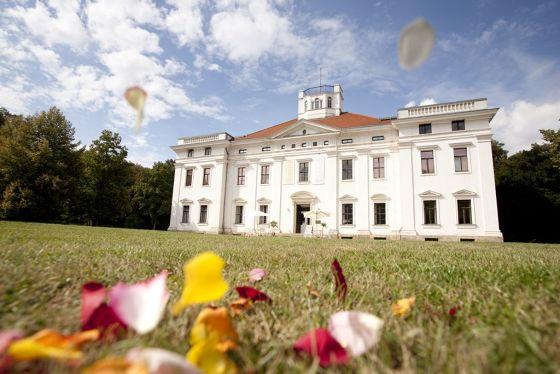 The Prince George Library, which is now part of Anhalt’s state library, continues to house one of the most extensive collections of papers from the time of the Reformation, including anti-Reformation polemics.

The Urban History Museum (Museum für Stadtgeschichte) is located in the Johannbau in the west wing of the Dessau’s former ducal residence and provides insight into the multifaceted history of Dessau.

Further information can be found under www.dessau-rosslau.de.